Blog > > Does my House have Termites?

Does my House have Termites?

Research developed by the CSIRO rates Sydney as the second highest risk category for termite attack in Australia, second only to the tropical regions in the far North. This means that every property in Sydney is at high risk of termite attack.

There are several hundred species of termites in Australia. The species that causes the most damage to Sydney homes are the group known as subterranenan termites.

Mound building species and even some aborial (tree dwelling) termites are also included in this group.

How Termites Attack your Home

The most destructive species live in large underground nests containing several million timber destroying insects. The problem arises when a nest matures near your home. Your home provides natural shelter and a food source for the termites. The network of tunnels of a single colony may exploit food sources over as much as one hectare.

Even concrete slabs do not act as a barrier. They can gain access to a home in a number of ways. See how here.

What is Termite Mudding and Shelter Tubes?

Termites cannot move overground like most insects. Subterranean termites need high moisture levels to survive, and they obtain this moisture from the soil. The humidity in the colony and its passages is maintained close to 100% humidity. The temperature is kept within the range of 26 to 35 degrees Celsius. Since such high humidity and temperatures are necessary for survival, they keep their nests sealed and cannot be exposed to the outside atmosphere otherwise they dessicate (dry out and die). Termites construct shelter tubes at night when the humidity is usually higher. Shelter tubes enable termites to reach and maintain contact with sources of food that they could not otherwise access (your home). These earthen tubes almost always originate from the ground and are often found on walls and subfloor structures such as brick piers. Freestanding tubes are sometimes found transporting termites direct from the ground to timber, their source of food. 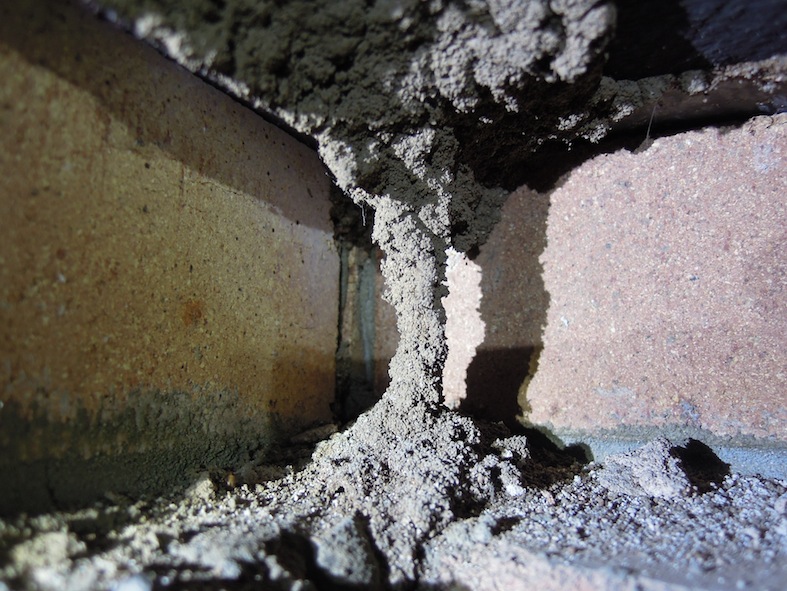 This image shows an example of a freestanding (stalactite) mud tunnel or shelter tube that is bridging the metal shield (ant cap) in the subfloor.

Homes should be designed and built with barriers to prevent the concealed access of termites into the timber structures. These barriers can be physical or chemical barriers.

Barriers such as metal shields (ant caps) are placed between the foundation brickwork and the timber floor frame. To enter the floor frame, the termites must build a mud tunnel or shelter tube around the ant cap. This reveals their presence. 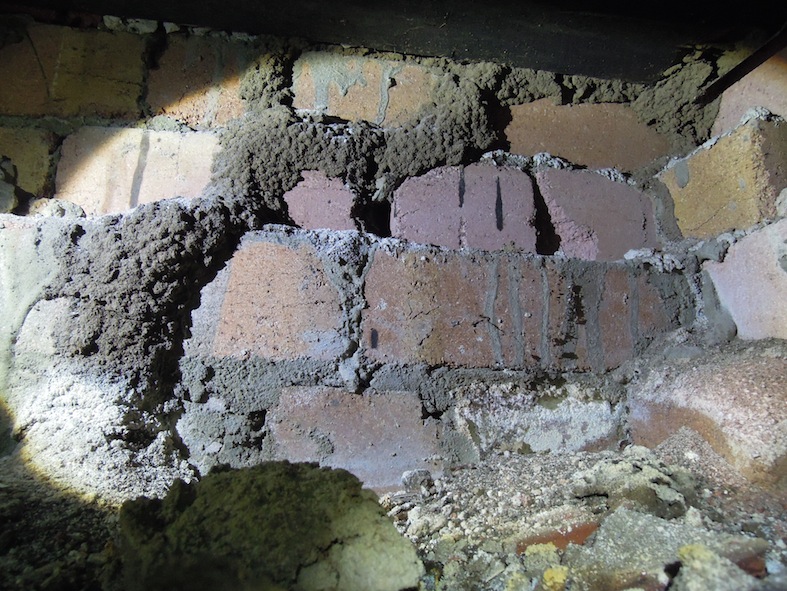 This image is a shelter tube found on the subfloor brickwork. The shelter tube enables termites to reach and maintain contact with their source of food (your house).